Posted About Two Years Ago by Connor Harbit

A couple of Gibraltar High School student groups have done their part in working to keep a beloved classmate’s memory alive. Two student groups involved with marketing classes at the high school put together and went through with a couple of fundraising events to support the Go Bo Foundation. Five students in the Entrepreneurship class at Gibraltar marketed AREA BLUE t-shirts, modeled after the popular AREA RED t-shirts available at the University of Wisconsin. The group consisted of Brandon Stillman, Connor Duffy, Andras Szakala, Griffin Reinhardt, and Trevor Reinhart. Mary Witteborg, the marketing education and the business education teacher at Gibraltar area schools, said the boys performed all of the tasks involved themselves.

In addition to the previous project, another group, formally presented Annika Johnson, the mother of the Go Bo Foundation’s namesake, with a check for $300 they had raised in the fall. The Gibraltar Business Club, GBAY/DECA, had originally raised $150 after holding a Glow in the Dark Bean Bag Toss at last year’s football Homecoming Game. The group decided to match the funds raised for another $150 to be given to Johnson. Witteborg said the two projects helped show the students the importance of philanthropy in business.

The Go Bo Foundation was created by the Johnson family to honor their son, Bo, who was diagnosed with leukemia and passed away in 2012. 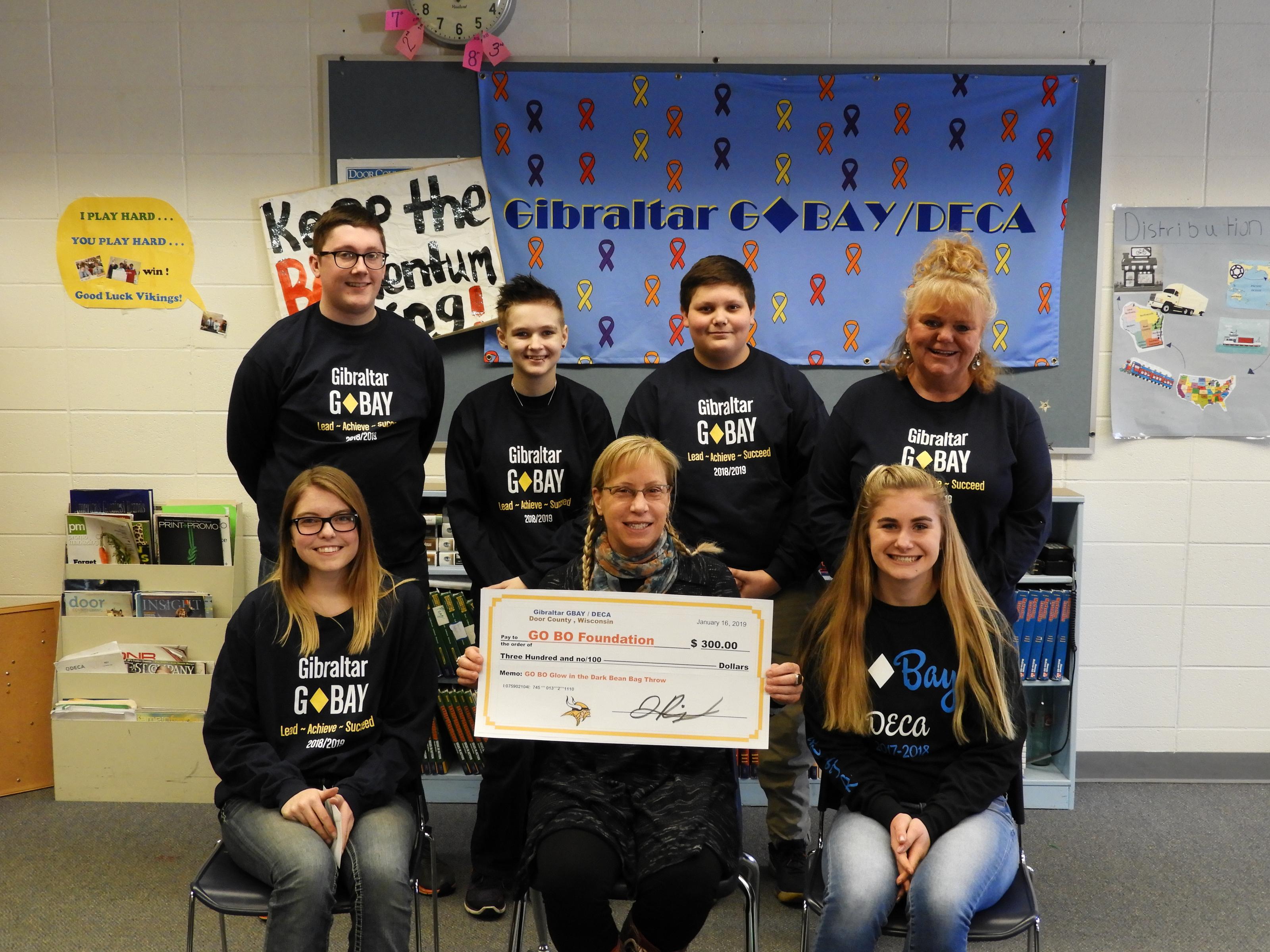