A plaque with the names of victims that died in the Great Peshtigo Fire of 1871 was dedicated at Tornado Memorial Park in Brussels on Sunday afternoon. The exact total is either 76 or 77 people that died in what was called Williamsonville back then. It is the area between New Franken to just south of Sturgeon Bay. Barb Chisholm from the Belgian Historical Village has done a lot of research into the fire she says it probably started at the bottom of the Bay of Green Bay and worked its way north on both sides of the bay. It is believed that somewhere between 1200 and 2000 total people died in the fire.

Paul Graf, President of the Friends of the Door County Park System, emceed the event. He read a statement from people who were instrumental in getting the plaque installed at Tornado Park. Chisholm spoke as well and talked about why it’s important to remember the victims as nobody on the peninsula side of the bay has an official grave and tombstone.

A prayer of dedication was read by Father Edward Looney. Pictures and a video of the ceremony can be found below. 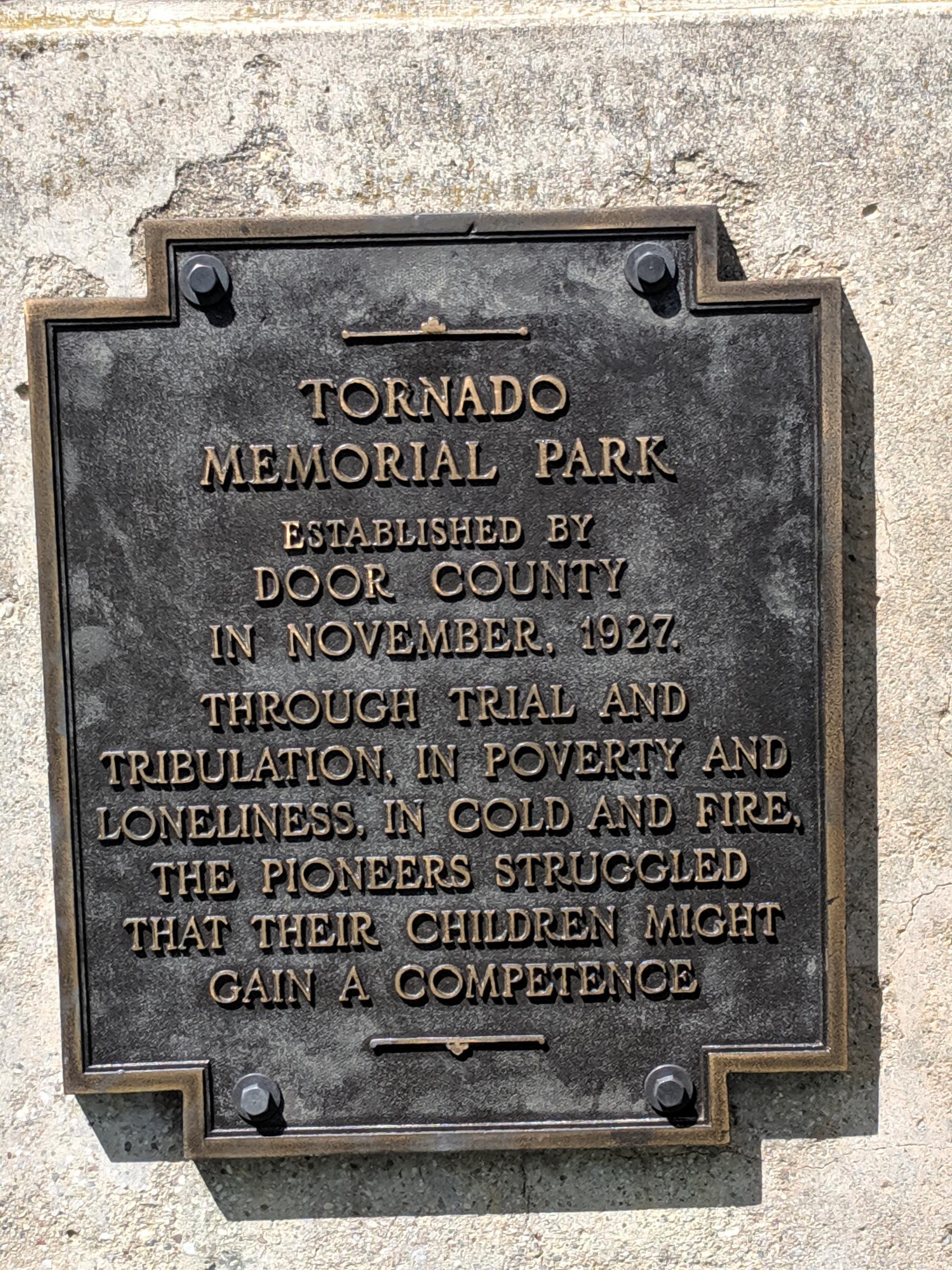 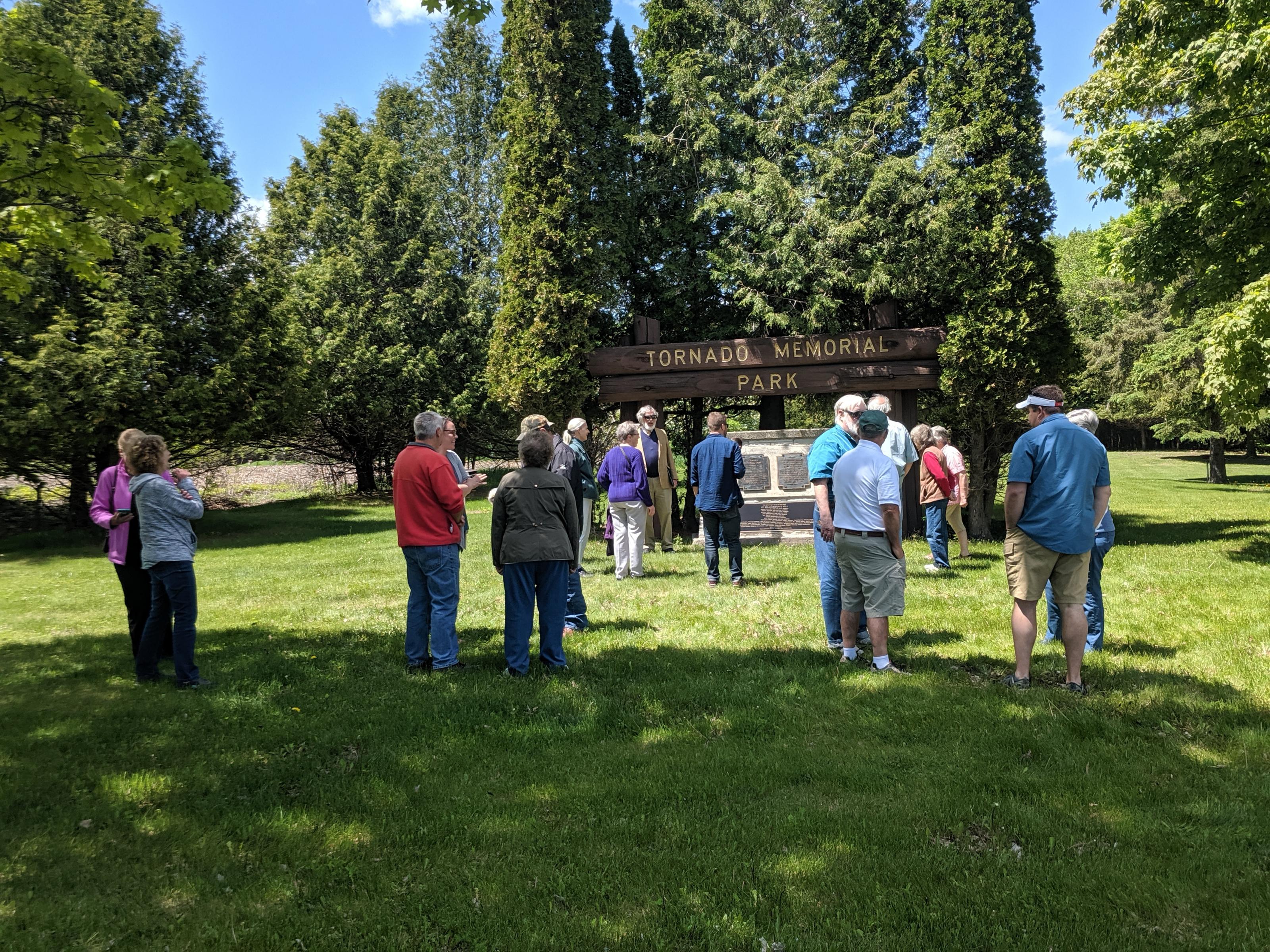 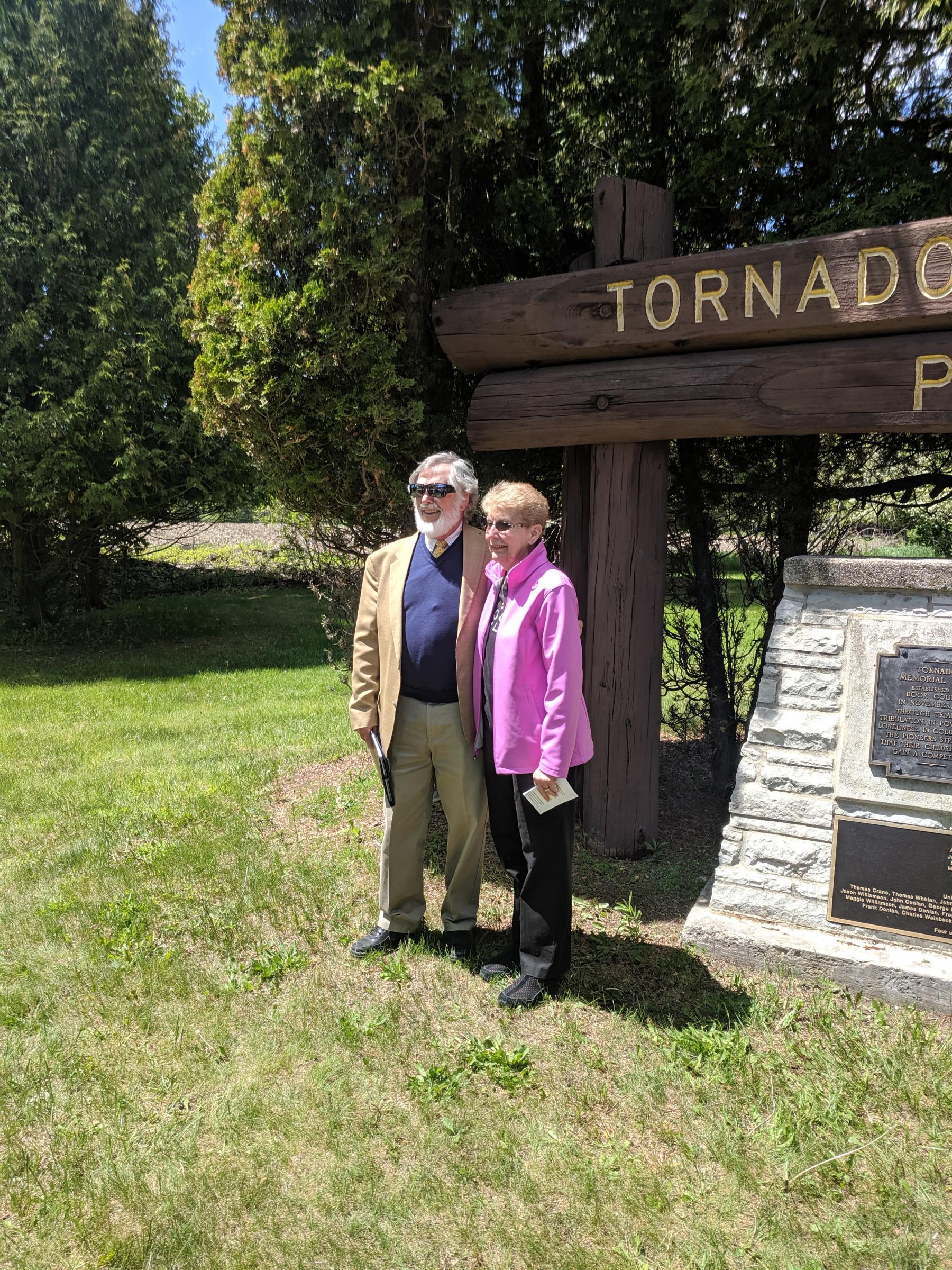 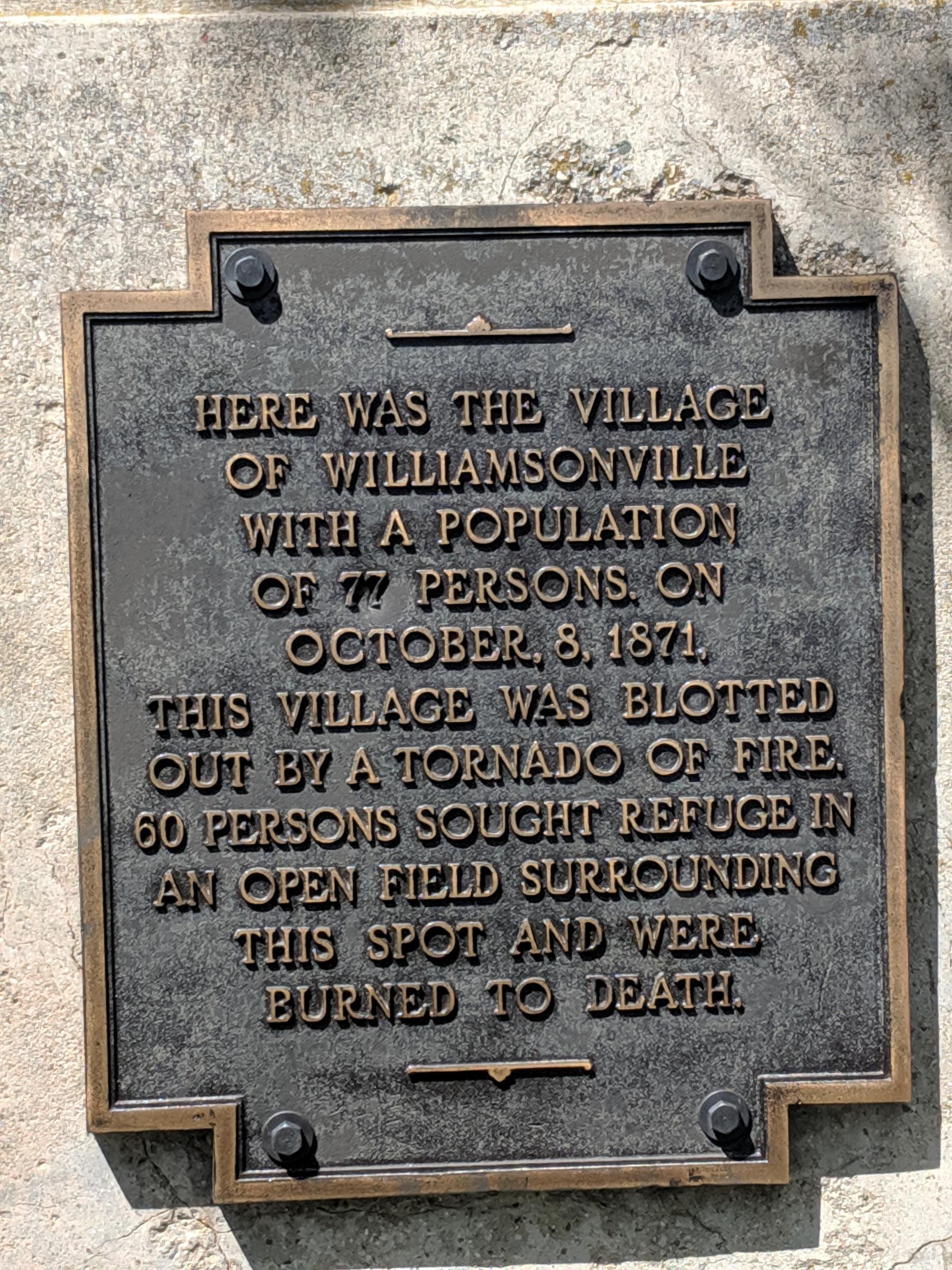 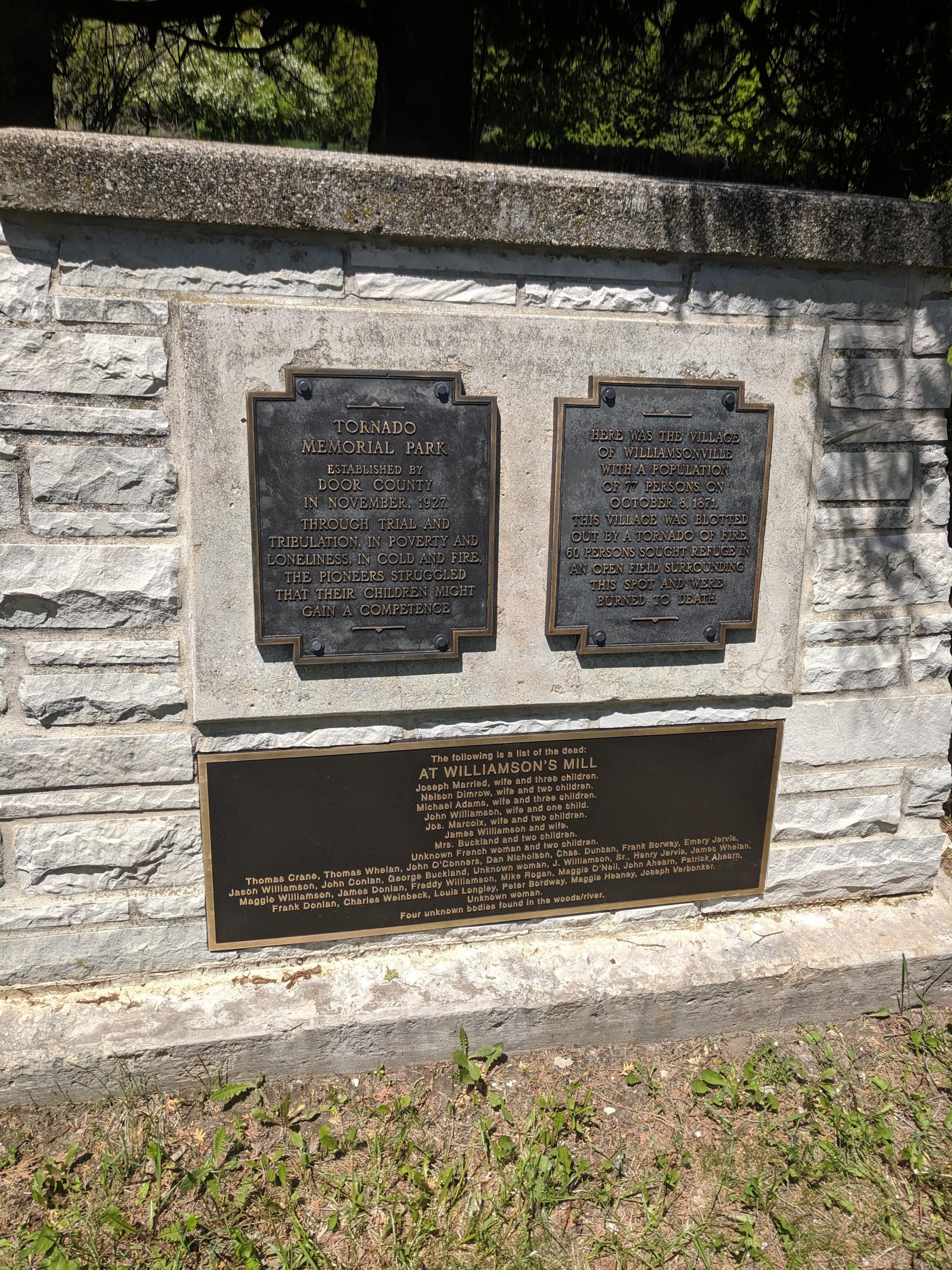