Posted About Two Years Ago by Dylon Klubertanz

A walk was held in Sturgeon Bay on Monday to remind those struggling with depression and suicidal thoughts that there is still hope. Prevent Suicide Door County - Nathan Wilson Coalition hosted their fourth annual suicide walk at Martin Park. The organization was created in 2011 and has trained almost 2,000 people in Door County the QPR method: Question, Persuade, and Refer which is used when talking with someone who is having suicidal thoughts. This years’ walk was called “Walk for HOPE” as a reminder to those struggling with suicide that there are those who care about them and there is still hope. Head of Prevent Suicide Door County - Nathan Wilson Coalition Cheryl Wilson says the organization will keep working until they reach their goal of zero suicides in Door County.

Miss Door County Outstanding Teen Ellie Krohn made a surprise appearance at the event. Her platform is on teen suicide and awareness, and she gave an inspiring speech before the walk. If you or someone you know is contemplating suicide the Door County Crisis/Suicide Intervention 24/7 Hotline is (920) 746-2588 and the National Suicide Prevention Hotline is (800) 273-8255. 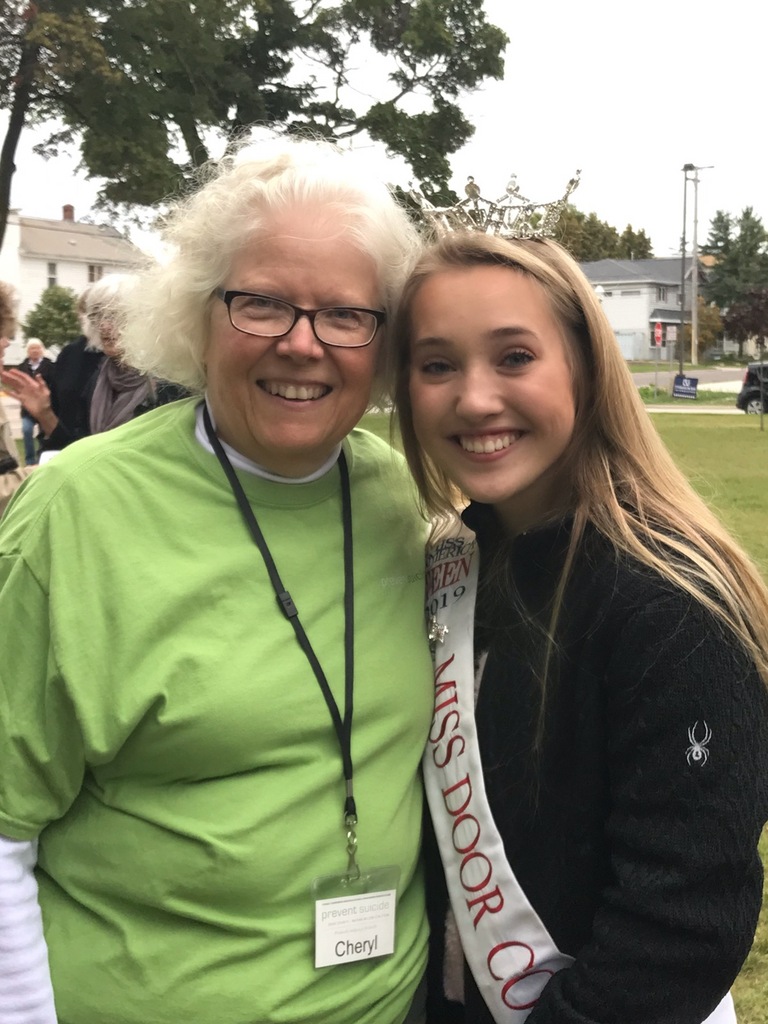