A large structure on a farm near Rio Creek is a total loss after a fire broke out Saturday evening.

Crews from several area fire departments reported to the scene in Lincoln Township on Hemlock Road between County Route K and Pheasant Road just after 7:00 pm. Luxemburg Fire was the primary responder. Chief Lew Du Chateau said the original call was for a structure fire, but it was quickly updated to a request for assistance once they learned the machine shed was fully engulfed. The roof was already collapsing before water was available for the firefighters. Once it began to flow, things went smoothly, says Du Chateau.

At around 8:30 pm, most of the flames had been extinguished, but firefighters were forced to take down the final standing wall as they continued to put out hot spots. Crews were on the scene for several hours. The cause of the blaze is not yet known. No other buildings, including the main residence, were damaged. Assisting were Carlton Fire, BUG department, Southern Door, Algoma, Kewaunee, and New Franken Fire. 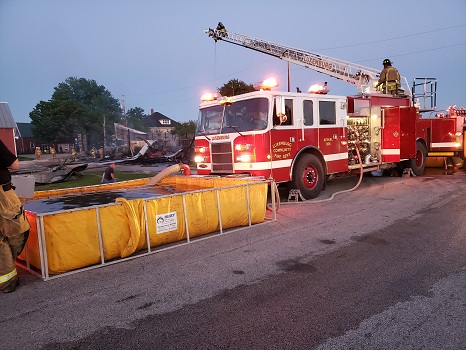 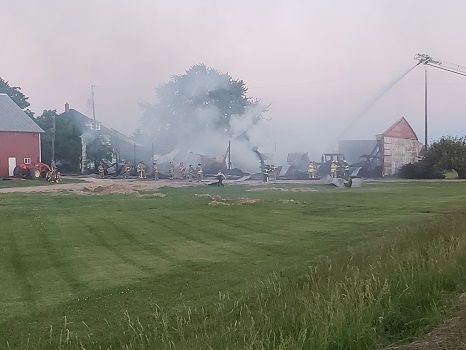 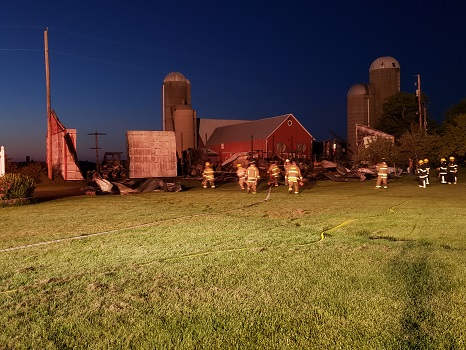 Sign up for our Daily Electronic Newspaper and/or our Shopping Show newsletter!

Get the latest updates for our Shopping Show delivered to your inbox every Friday.