Sevastopol High School’s drama department will be holding a Spring production, performing the musical “Ernest in Love.” The play will follow the misadventures of best friends Jack and Algernon. The play Director, Amy Ensign said that she chose the production because of its humor, interesting characters, and witty word play. Ensign also added that it has a fantastic script and bubbly score.

The play offers versatility as well. Many of the musical performances are made up of solos or duets, allowing for health protocols to be followed. The show was pre recorded and the video and editing techniques the production team used allowed actors to perform without having to wear a mask. Each actor was filmed by themselves in front of a green screen with their scene partners reading their lines at the back of a room behind a plexiglass wall. The actors will then be put back together through the film editing process. Ensign, who is also the Managing Director at Door Shakespeare, got the influence for the idea from Door Shakespeare doing the same process to produce the play, “The Comedy of Errors.” Neil Brookshire, who edited that play will also be editing the production of “Ernest in Love,” which Ensign believes will help as he comes from an actor’s perspective.

The Director is impressed with the students, as she has no doubt that practicing in the makeshift fashion is a challenge. 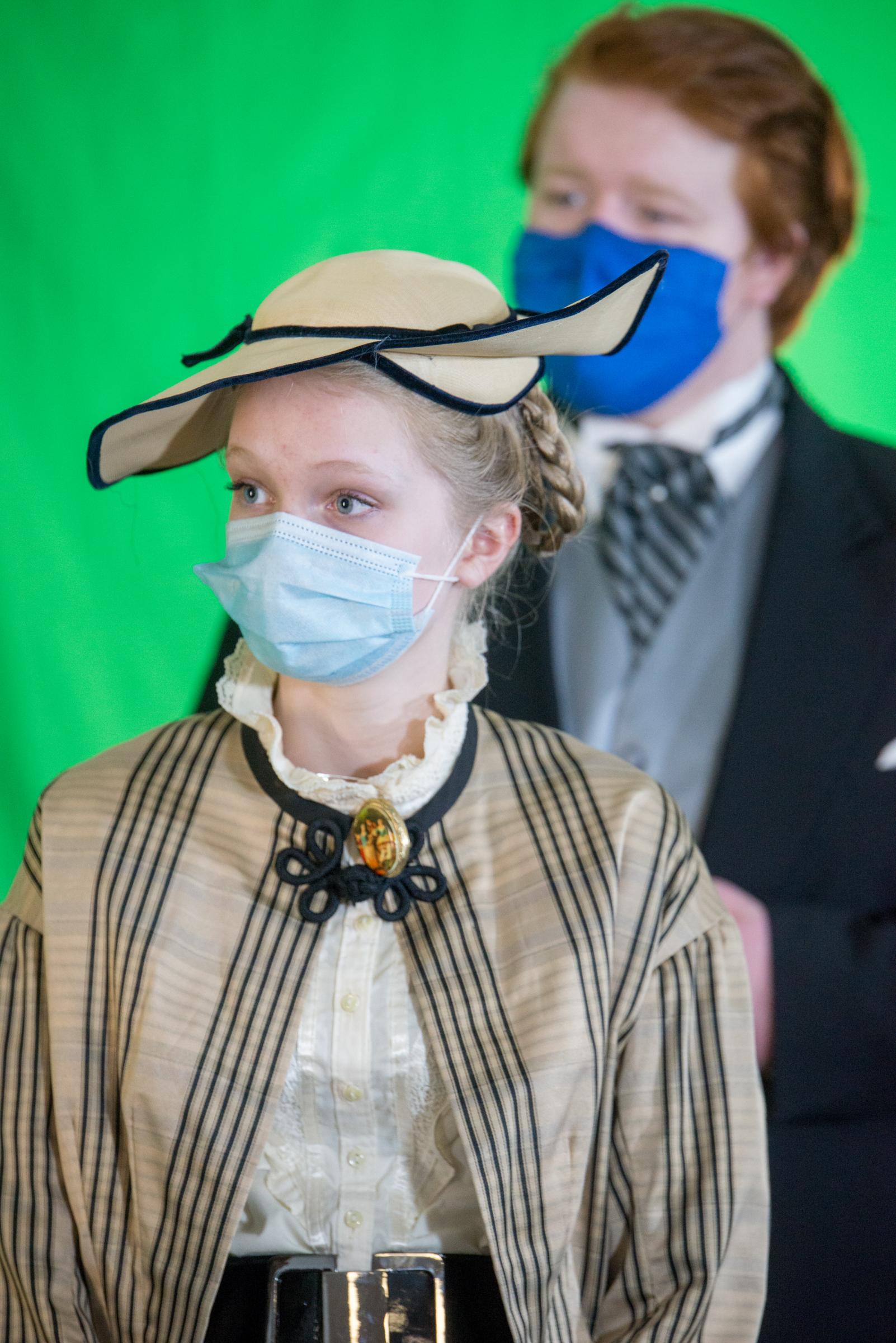