Posted About One Year Ago by Tim Kowols

A pair of vehicles one hour and a few miles apart caught fire on Wednesday evening in northern Door County.

In Ephraim, it was a mini-van that caught fire just after 6 p.m. and caused a gaper’s delay on State Highway 42 for a short time. The minivan’s owner was traveling with a second vehicle that was parked close behind and it suffered minor cosmetic damage from the heat. Ephraim Fire Chief Justin MacDonald says the cause of why the mini-van burst into flames is still unknown.

MacDonald says the scene was cleared and the vehicle was on a tow truck by 7:30 p.m. A couple of hours later, the Sister Bay/Liberty Grove Fire Department responded to a truck fire near North Bay Road and County Highway ZZ. The owner of the truck was gone just a few moments when he returned to his vehicle smoking. Fire Chief Chris Hecht says it moves quickly from there.

MacDonald expressed his appreciation for the Wisconsin Department of Natural Resources and the Wisconsin State Patrol that were also in the area with many emergency personnel attending the funeral of Sheriff’s Deputy Timothy Fuerst. 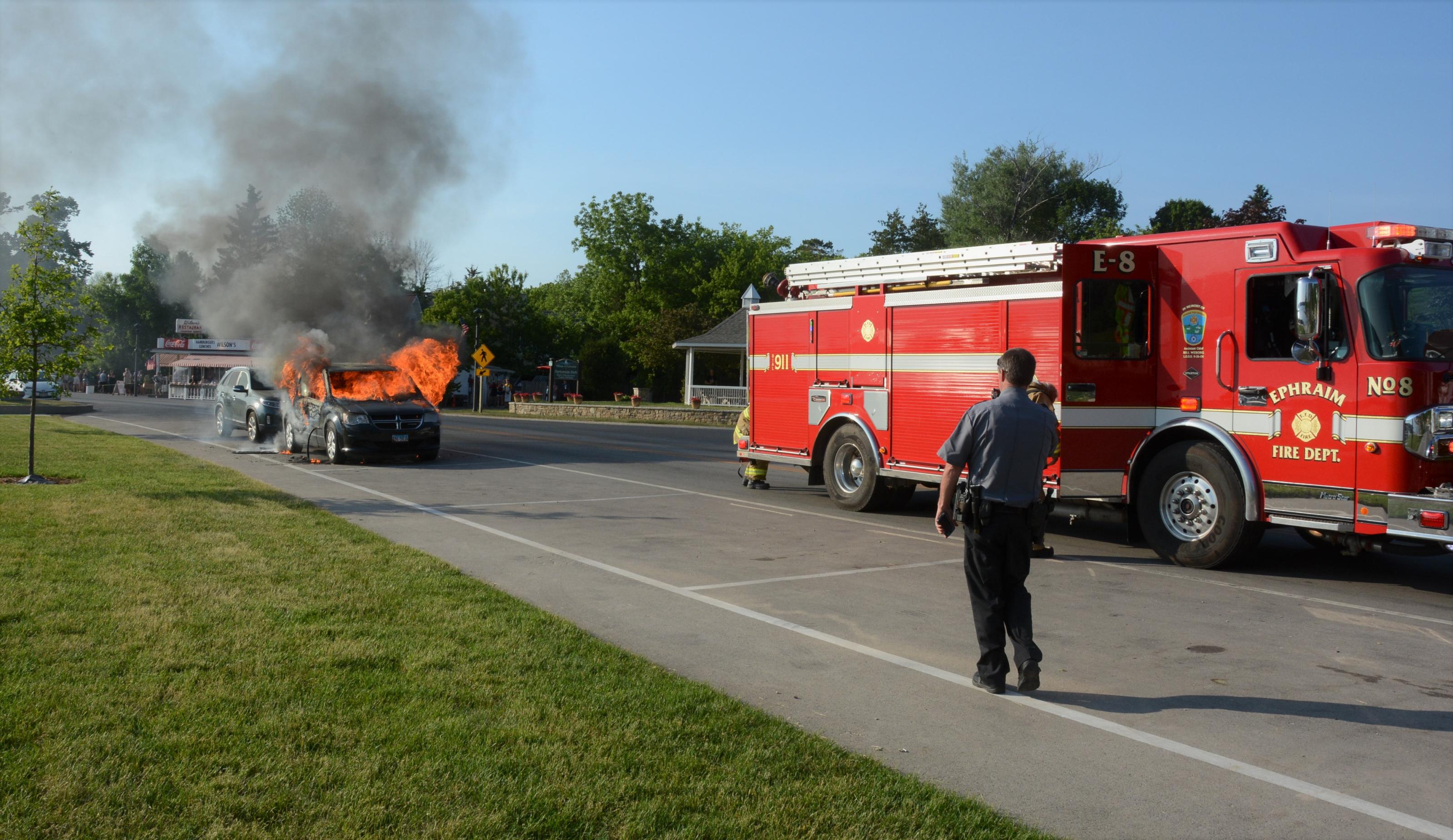 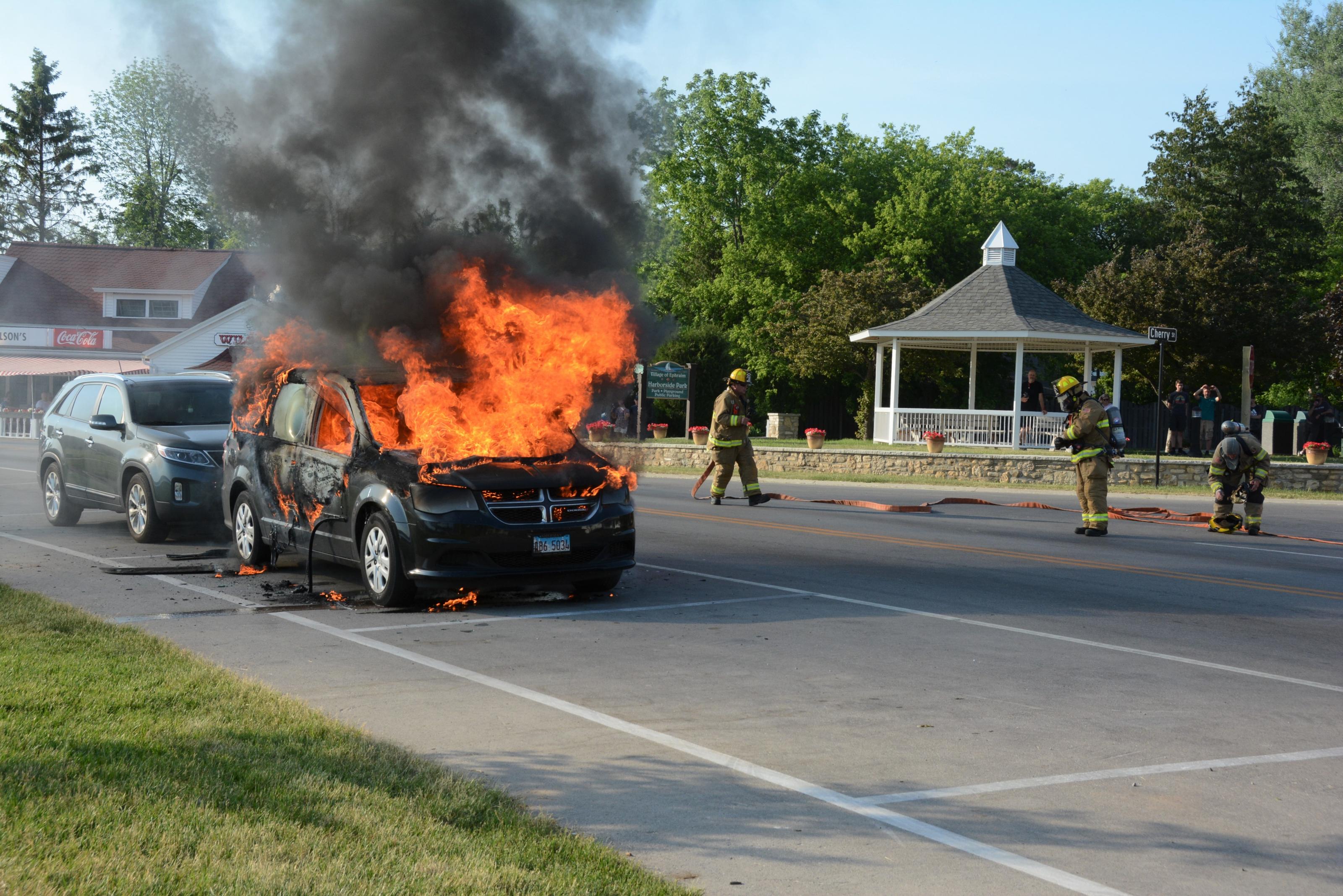