Posted About One Month Ago by Tim Kowols

Two people are dead after a standoff in Ashwaubenon earlier Thursday.  Reportedly a man and woman were involved in a shooting.  Ashwaubenon Public Safety gave the all-clear shortly after 2 pm after it was determined that there was no threat to the public.  The suspect has a violent criminal history and the shooter has not been identified.

(Original Post)The Emergency Alert System is encouraging people near Cormier Road in the Village of Ashwaubenon to take shelter after shots were fired near a residential complex. According to WBAY, police officers swarmed the scene near the 2300 block of Cedar Ridge while also blocking a part of Cormier Road to traffic. NEW Radio listeners were notified of the incident via the over-the-air EAS. We will have more information about the incident as more becomes available. 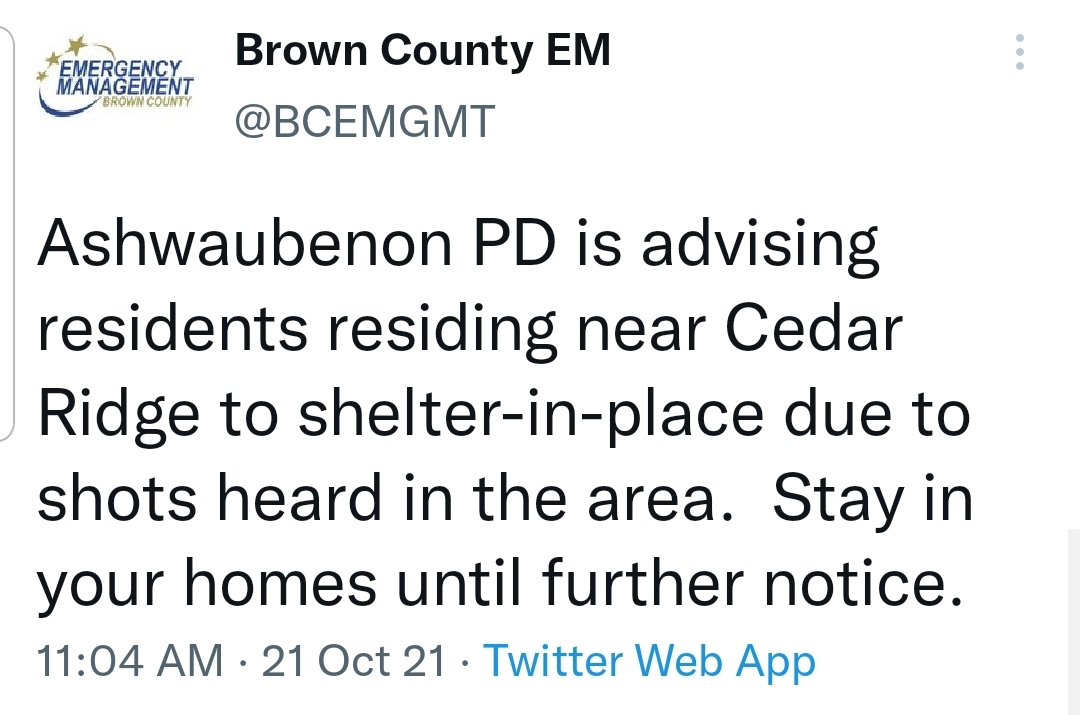