Posted About A Week Ago by Tim Kowols

A 24-year-old man was put behind bars at the Kewaunee County Jail Friday morning after allegedly attempting to light a building on fire in Algoma.

Kewaunee County Dispatch received the call just before 3:30 a.m. that the man attempted to break into a vehicle before entering a garage to break windows and light a building on fire in the 1000 block of Division Street. The home was unoccupied as it went under renovation by Parv and Renuka Jandu. While the Algoma Fire Department took care of the fire, the Algoma Police Department worked with the Kewaunee County Sheriff’s Department, the Kewaunee Police Department, and a Brown County Sheriff’s Department Canine Unit to track down the man after he fled the scene on foot.  He was arrested just before 5 a.m. After further investigation, hand tools stolen from the residence were found in a nearby vehicle that was driven by the suspect.

The Algoma Police Department will release more information, including the man’s identification and his charges, at a later time.  The Wisconsin State Fire Marshal’s Office is assisting the fire investigation, which is currently considered as being intentionally set. The Jandu family told the Door County Daily News that they are saddened by the event. 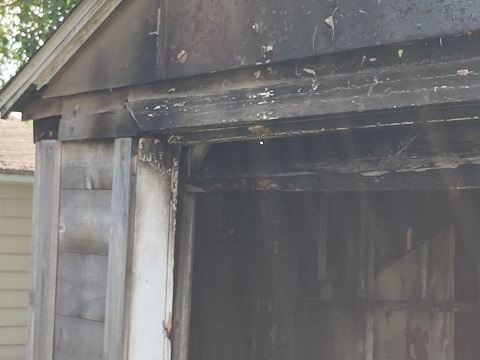