Posted About Two Months Ago by Tim Kowols

The Door County Maritime Museum took time on Tuesday to honor three individuals who have significantly impacted the city’s maritime history. The museum gives out two Mariner Awards and one Coast Guard Person of the Year Award every year as a part of the city’s Maritime Week festivities. 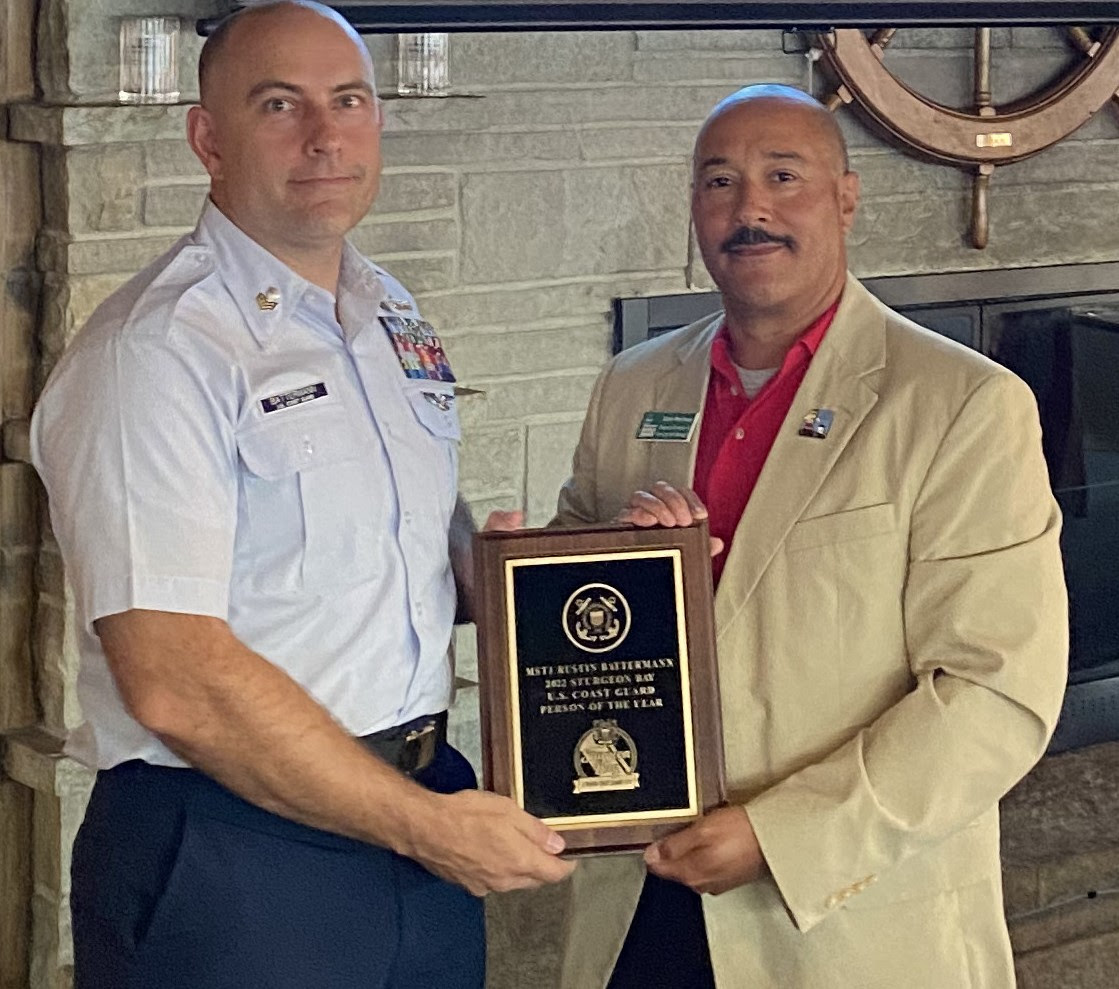 MST Rustin Batterman of the Marine Safety Detachment (MSD) received the Coast Guard Person of the Award, recognized for his commitment to developing four junior personnel at MSD Sturgeon Bay. Batterman fought for a year to transfer to MSD Sturgeon Bay from Sector New York for family reasons so they could be close to the support network that they needed. As a result, Batterman commutes to Sturgeon Bay four hours every day. 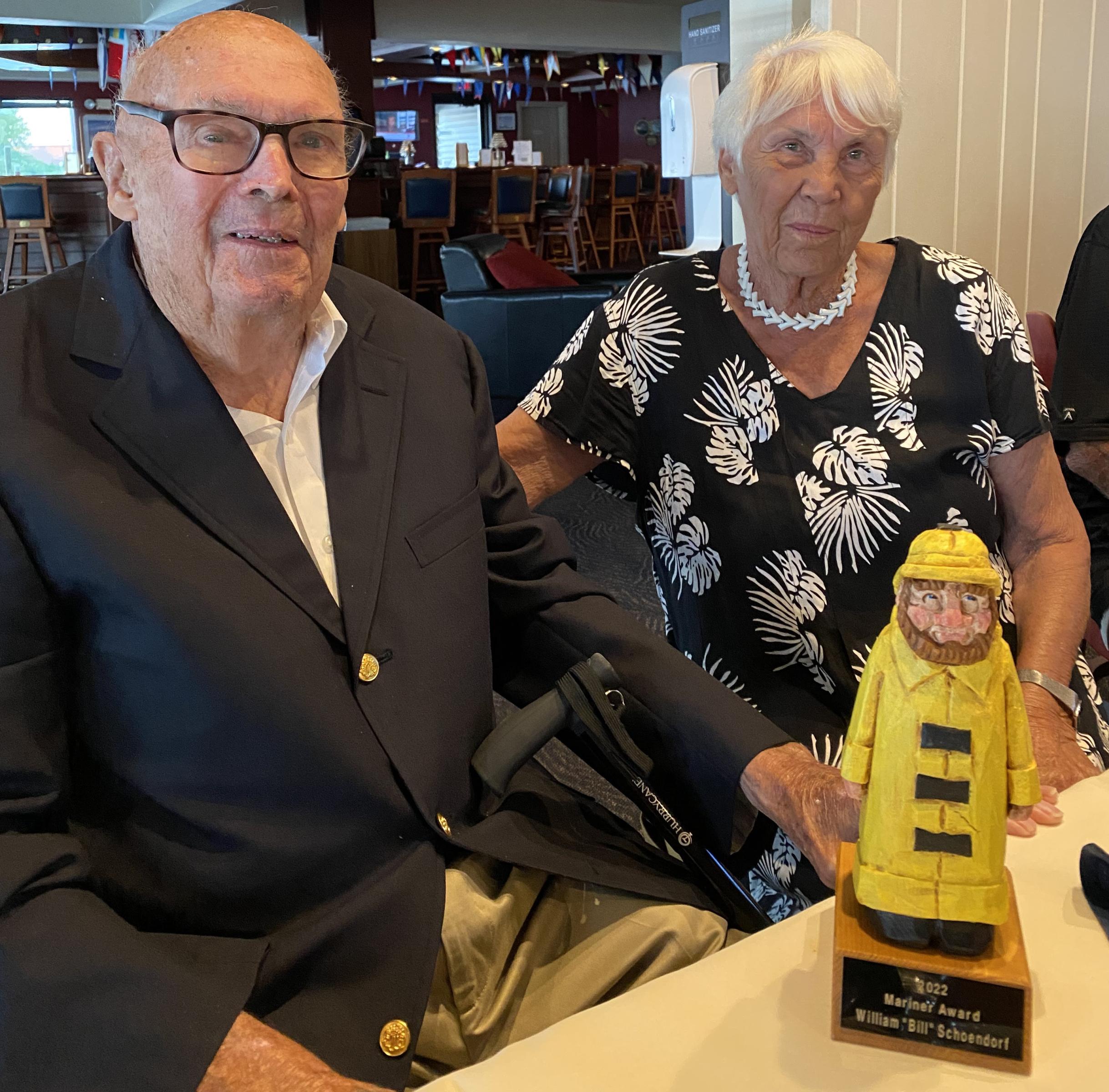 The living recipient of this year’s Mariner Award was Bill Schoendorf, who, along with his brother, bought Baudhuin Yacht Harbor in 1979. Now known as  Bay Marine Yacht Harbor, he improved and expanded the yard while adding more storage and harbor facilities. He was also a big promoter of the Sail Training Foundation, which helps people learn the finer points of sailing. 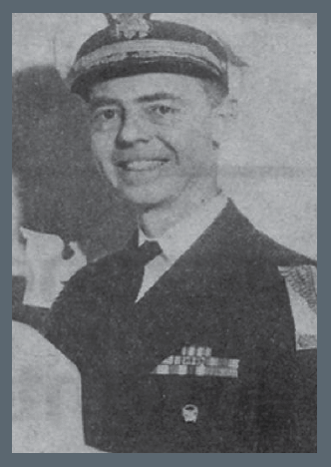 The posthumous Mariner Award went to Lieutenant Gene R. Gislason, a World War II veteran who was awarded a Silver Star while landing assault troops at Omaha Beach as a part of the D-Day invasion of Normandy. After retiring from the U.S. Coast Guard in 1970, Gislason returned to Sturgeon Bay and served as a master on vessels undergoing sea trials at local shipyards.