It’s not an exaggeration that in my professional life, I have literally grown up working with and learning from BJ Cassidy.

I first met Betty Jo Cassidy, better known as “BJ,” in 1996 when I was a 26-year-old kid working in neighborhood development in downtown Green Bay.  Her official title was something like “Director of Education” at Wisconsin Public Service, and I’m sure she had lots of important corporate responsibilities, but that’s not how I knew her.  BJ was just that businesswoman you called when you needed to get something done in the community.  In those days in Green Bay, if you were going to form a task force, work group, or committee to confront some important issue, BJ Cassidy was among the handful of people you’d always hope to get involved because if she did, you knew that your chances of success were so much greater.  Eventually, I had sought BJ’s assistance on so many issues over the years that I almost felt guilty enough to stop asking for her help.  Almost.  I know a tremendous community-building talent when I see one. 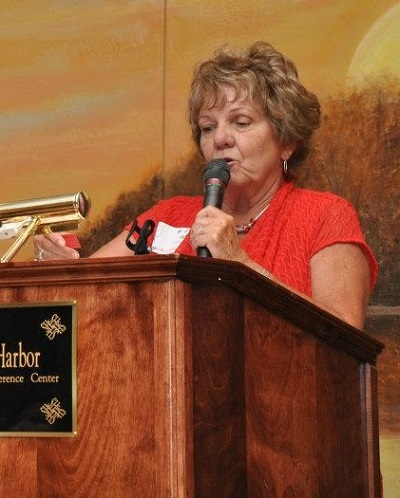 Ultimately, I left Green Bay to lead community foundations in other states and completely forgot about BJ Cassidy until I moved back to Wisconsin and accepted the role of President & CEO of the Door County Community Foundation.  My tenure began with a month-long overlap with that of my predecessor Jane Stevenson.  It was during that time we were sitting in the office together and Jane mentioned to me her unfulfilled desire to create a women’s fund.  She also said there was some dynamic lady from WPS in Green Bay that had retired to Door County that Jane really wanted to engage to help build it.

Thus began the second phase of my professional life with BJ Cassidy.  In 2008, BJ, Jane, and another old friend from Green Bay in Sue Todey, got together at Door County Coffee at what we called our conspiracy breakfast to map out what would eventually become the Women’s Fund of Door County.  It is not an exaggeration to say that BJ Cassidy is one of the three or four key people whose leadership in those early years are what made the Women’s Fund of Door County possible.

Yet BJ was not satisfied at simply helping create the Women’s Fund, she wanted to make sure it would thrive forevermore.  So BJ, along with Jane, Sally O’Brien, Sharon Lutsey, Vicki Wilson, Barb Perloff, and Orlaine Gabert, collectively formed the leadership team of a campaign that would raise the first $1 million for the Women’s Fund and create the foundation for a granting program that has impacted the lives of countless women and girls in Door County. 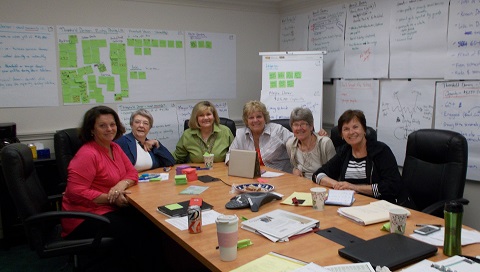 BJ Cassidy has long been my guide, counsel, champion, and, most importantly, my friend on too many community projects to list here.  Door County – and Green Bay – have unquestionably been made so much better because of her passion and commitment to community.

Top: Here's a picture from 2019 of me with BJ patting my hair down because, as she would say, she was always looking out for me.

Middle: A picture of BJ at a Celebrate Women luncheon.