Posted About Three Months Ago by Paul Schmitt

You can partake in the final big fall festival of the season in Door County in Sister Bay this weekend. Considered by many as the "Granddaddy of all Door County Festivals," Sister Bay Fall Fest is a celebration that began as a reward for Door County tourism workers after a busy summer. Thousands of visitors are expected to attend the longest-running three-day festival on the Peninsula. Highlights of the weekend include the Fall Fest Parade on Saturday at 11 a.m., and the Derby Race held downtown on Highway 42 at 11 a.m. on Sunday, followed later by the famous ping pong ball drop at 2 p.m. Sister Bay Advancement Community Coordinator Louise Howson shares the excitement that builds around the events, especially the parade.

The Soap Box-style Derby race on Sunday is open to kids seven to 13 who will race down the big hill in Sister Bay.  The Sister Bay Fall Festival begins at 10 a.m. on Friday and will include kids' games, music, and a giant Arts & Crafts Fair. The calendar of events schedule is listed below. 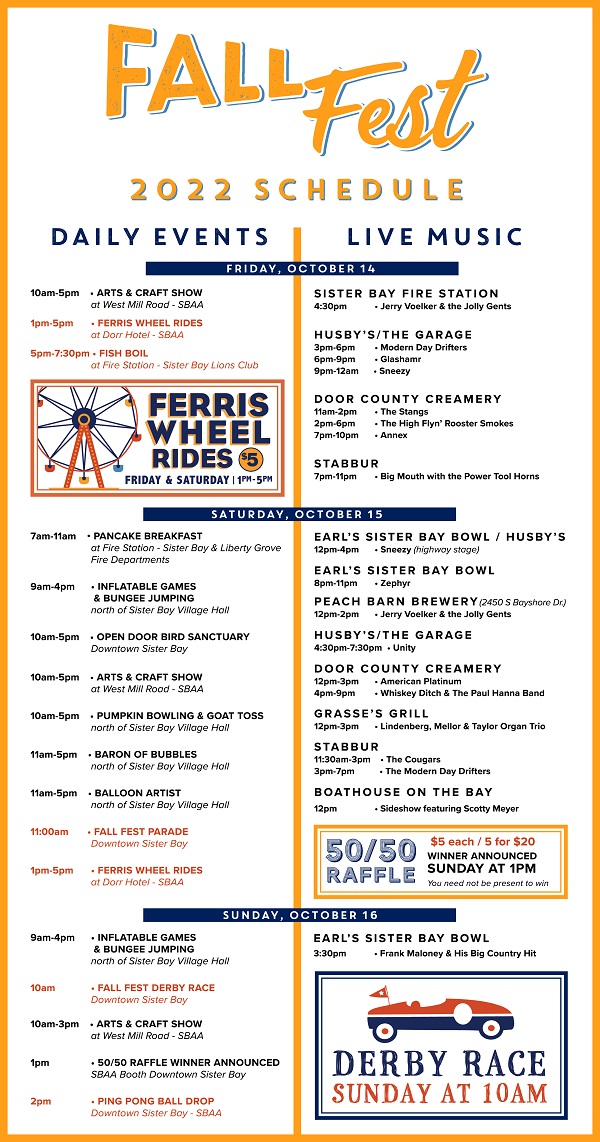