Posted About One Month Ago by Paul Schmitt and Shelly Lau

A fire caused substantial damage to Mr. G’s Supper Club in Jacksonport and closed Highway 57 for over five hours on Sunday afternoon.  Jacksonport Fire Chief Nathan LeClair told Door County Daily News that when his crews arrived at about 12:30 p.m., the outside of the building was on fire and that smoke filled the dining room, hallway and ballroom.  Over 5,000 gallons of water was used to extinguish the blaze.  No one was inside the building when the fire broke out, but one dog was rescued by a person who was passing by and checking to make sure no one was in the building.  LeClair says no cause of the fire has been determined yet.  Fire Departments from Jacksonport, Sister Bay, Egg Harbor Ephraim, Baileys Harbor, Gibraltar, Sturgeon Bay, Southern Door, Algoma, and Casco all responded with the scene being cleared shortly before 6 pm.

Door County Daily News will have more details on the fire when they become available. 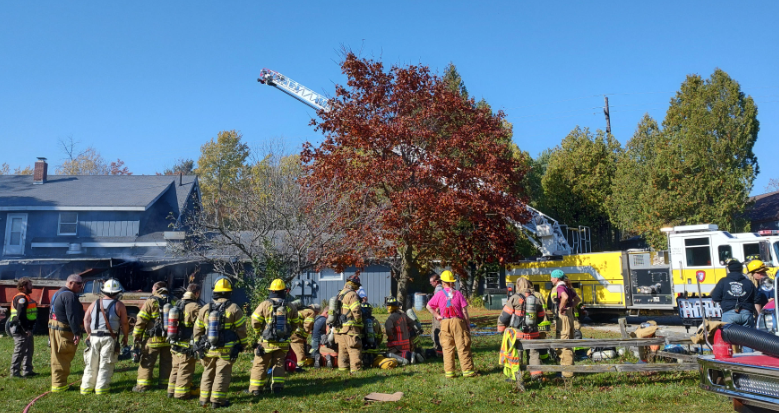