Posted About A Week Ago by Tim Kowols

You will recognize many of the faces on the boards for two of the biggest voices for dairy in the state. Lee Kinnard of Kinnard Farms in Casco was elected president of the Dairy Business Association for a two-year term. He previously served the DBA as its vice president in addition to his roles with Peninsula Pride Farms and Farmers for Sustainable Food. He was joined on the DBA Board by two other members of Peninsula Pride Farms: Nicolet National Bank’s Chris Schneider and Dvorachek Farm & Industry’s Jesse Dvorachek. 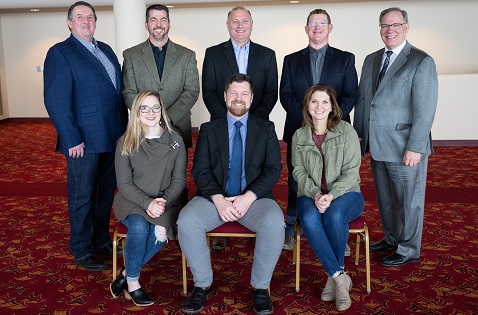 Edge Dairy Farmer Cooperative, the country’s third largest dairy cooperative and a sister organization of the DBA, will still feature Jamie Witcpalek of Pagel’s Ponderosa Dairy in Kewaunee on its board. She continues to follow in the footsteps of her father, John Pagel, who served as the cooperative’s president from Edge’s start in 2010 until his passing in 2018.