Posted About Two Years Ago by Nick Freimuth

The Milwaukee Bucks are not taking their foot off the accelerator. Following a 35 point win Sunday in game one, Giannis Antetokounmpo and friends eased past Detroit by 21 on Wednesday night. The 120-99 win featured game-high scorer Eric Bledsoe's 27 point performance. The "Greek Freak" added 26 points and 12 rebounds in only 29 minutes. 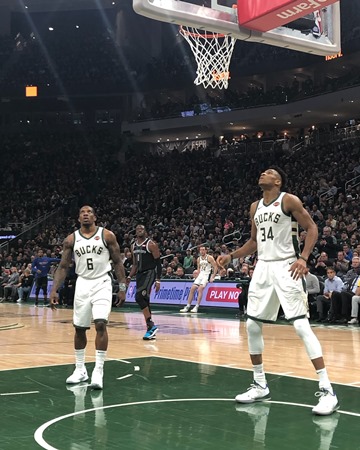 The difference maker Wednesday was Pat Connaughton. His 18 points, nine rebounds and four blocked shots off the bench energized the team and the crowd. Fiserv Forum was raucous Wednesday from the opening tip through the final buzzer.

Game three of the best of seven series moves to Detroit Saturday night for a 7:00 PM tip-off. Game four will follow Monday at 7:00 PM and if necessary game five would be back in Milwaukee Wednesday, April 24. 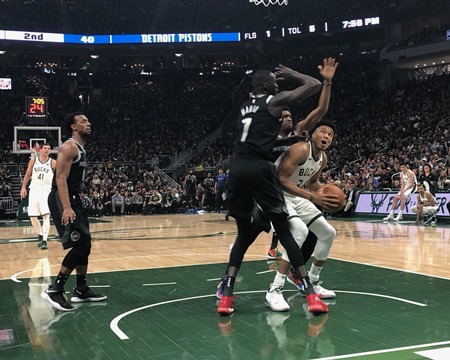