Gone are the marquee nonconference matchups like Wisconsin and Notre Dame from Lambeau Field, but that isn’t to say there won’t be any Big Ten football this year. The new schedule begins Labor Day weekend and wraps up on November 21st. Every team will play ten games in 12 weeks with a bye near the end of the season. That provides a grace period to make up a matchup that is postponed due to COVID-19 early on. Wisconsin looks primed for another Big Ten Title game appearance because it misses several of the titans of the East Divison, including Ohio State and Penn State. The full schedule is below. 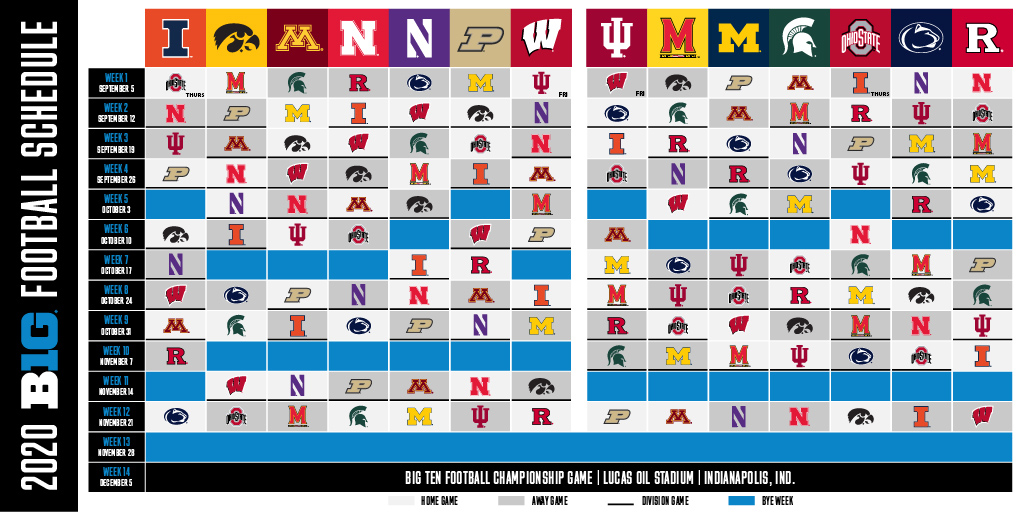