After thirty years of serving the University of Wisconsin athletics department, Barry Alvarez, who is responsible for bringing the football program to prominence, is riding off into the sunset. Alvarez was the head coach of the football team for 16 seasons and brought the Badgers three Big Ten titles as well as three Rose Bowl titles. Alvarez’ last two seasons as head coach were also split with Athletic Director duties. Beginning in 2006, Alvarez moved to AD full time.

The 74-year old Alvarez will hang it up officially on June 30, though the retirement press conference was held on Tuesday. 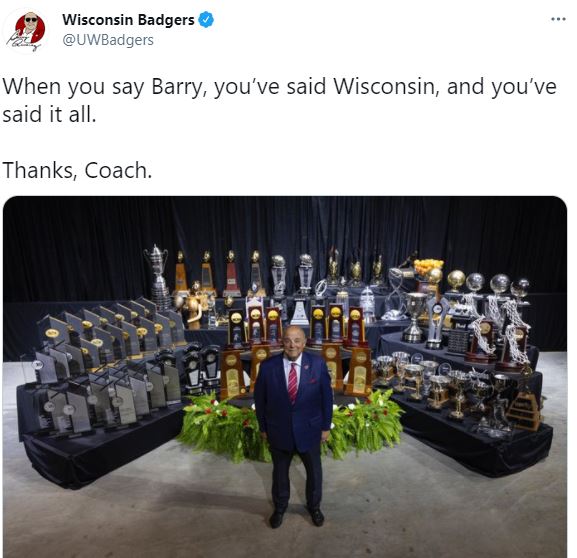