Posted About One Year Ago by Paul Schmitt

The Luxemburg-Casco girls volleyball will return to state for the third straight year after defeating Mosinee in a Division 2 sectional final in Luxemburg.  The Lady Spartans swept the three games, 25-18, 25-21, and 25-13.

Luxemburg-Casco (40-5) will now play in the WIAA state tournament and defend their back-to-back state championships at the Resch Center in Green Bay next week. 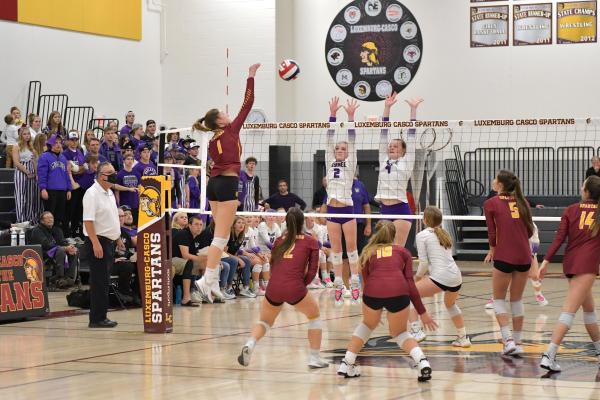