Posted About Five Months Ago by Tim Kowols

The Luxemburg-Casco Spartans used a 34-0 run to cruise past the Waupaca Comets 47-21 on the road Friday night.

The Comets took an early lead when Parker Krcmar rushed in from 10 yards out to make it a 7-0 lead. Max Ronsman took over from there as he scampered in from 17 yards out and threw a 50 yard touchdown pass to Ryan Routhieaux to make it 14-7 after the first quarter. Ronsman would score twice in the second quarter, one from three yards and another from 82 yards as the Spartans were in control heading into halftime with a 27-7 advantage.

Christopher VanWielen open the third quarter with a five-yard score to make it 34-7, but the Comets would storm back to make it interesting. Krcmar threw a pair of touchdowns to Aaron Wolff and Andre Hendrix to tighten the score to 34-21. The Spartans turned back the tide in the fourth quarter as they forced two turnovers. VanWielen caught the ball off a tipped pass for the first interception that he would later turn into a three-yard rushing score. Sawyer Dorn picked off the second pass on an overthrown pass by Krcmar. The Spartans would drive the ball down the field, capping it off with a Jacob DeGrave 18-yard touchdown run.

Ronsman was the player of the game with four touchdowns on offense and a number of tackles on defense.

The Spartans are back in action on Friday night when they host the Seymour Thunder. The game will be carried live on 104.1 WRLU and NEWRadioSportsNetwork.com. 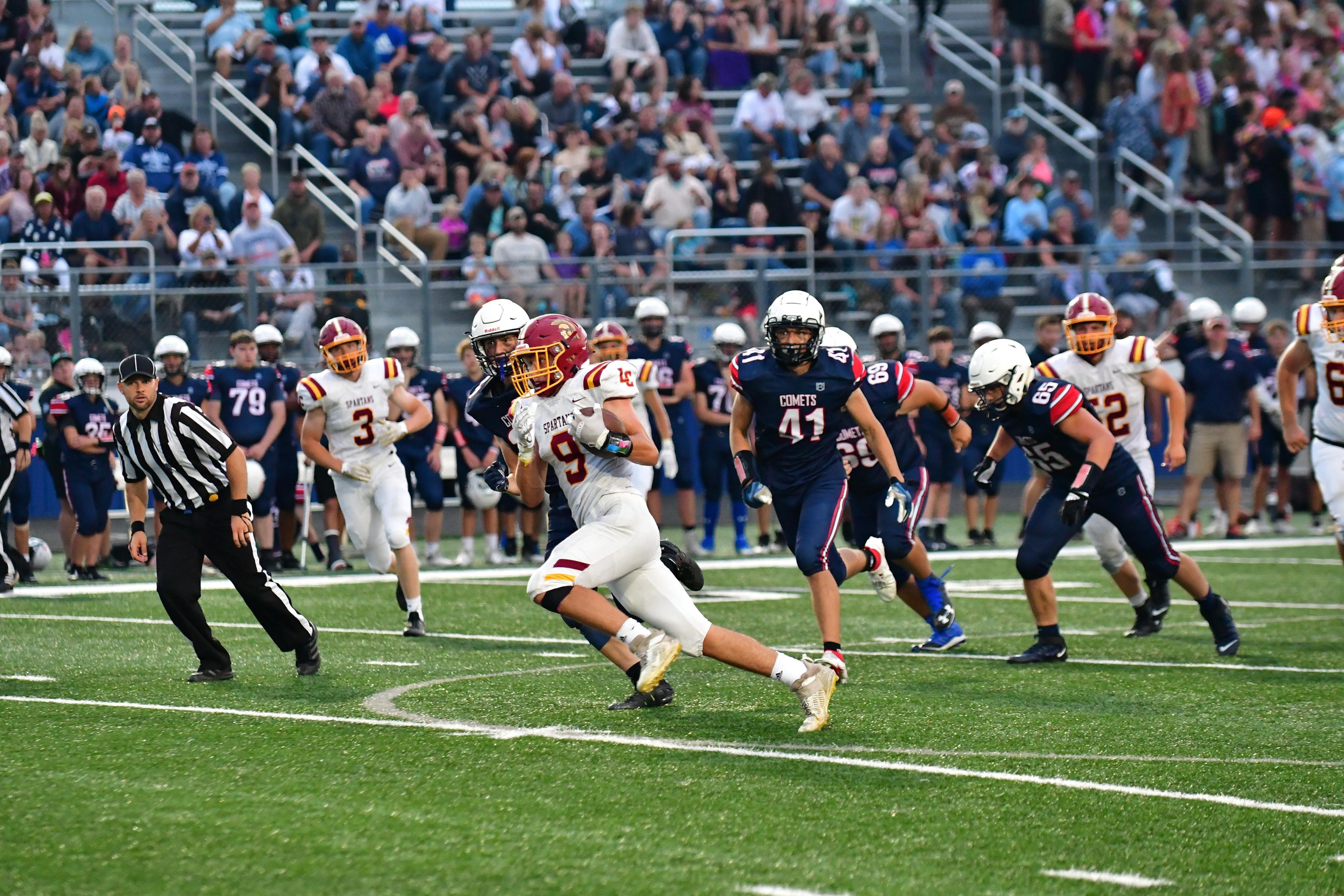