Posted about one month ago by Grant Dossetto

A car parallel parked on Delaware Street near Sunset Park in Sturgeon Bay was struck Wednesday around 3:00 AM. The driver of the auto who collided with the damaged vehicle then fled the scene. Laura Murray, whose red Toyota Corolla is potentially totaled from the incident, is asking her neighbors in the 300 block to provide any door cam footage that could help identify the offending driver to Sturgeon Bay police. Lieutenant Investigator Clint Henry says that a hit-and-run crime that involves only property damage does not rise to the level of a felony but still has significant financial consequences.

Murray says that the impact was so great that both passenger side tires were pushed up and over the curb from her car’s initial position in the street. 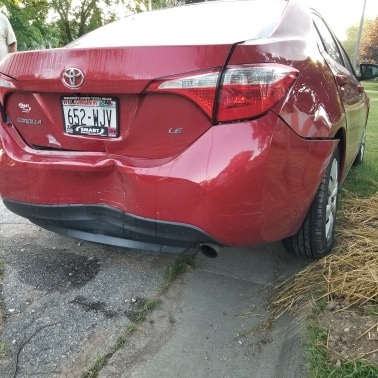