Posted About One Month Ago by Tim Kowols

Stumbling into the right pumpkin patches this year could have led you to some of the biggest pumpkins in the state. Algoma’s Matthew Fay and Chase Romdenne, Kewaunee’s Nathan Petersilka, Casco’s Bill Roethle, and Brussels’ Cory and Connor Cornette traveled as far as Kenosha to submit their pumpkins to see how they stack with the heaviest across the state. Petersilka’s 1,133.50 pumpkin was the heaviest from the area, though it was still over 850 pounds lighter than this year’s state champion grown by Caleb Jacobus of Soldiers Grove, Wisconsin. It was the first year of competing for Casco’s Bill Roethle, who displayed his smaller 850 pound pumpkin in front of his orchard’s shop for people to see. His 940.50-pound pumpkin was a good start, but he is already looking forward to doing it all again next year.

Roethle’s pumpkin was the eighth biggest weighed at the Mishicot Pumpkinfest last weekend. Stefano Cutrupi of Tuscany, Italy has bragging rights over the entire planet after growing a 2,702.90 pound pumpkin this year. 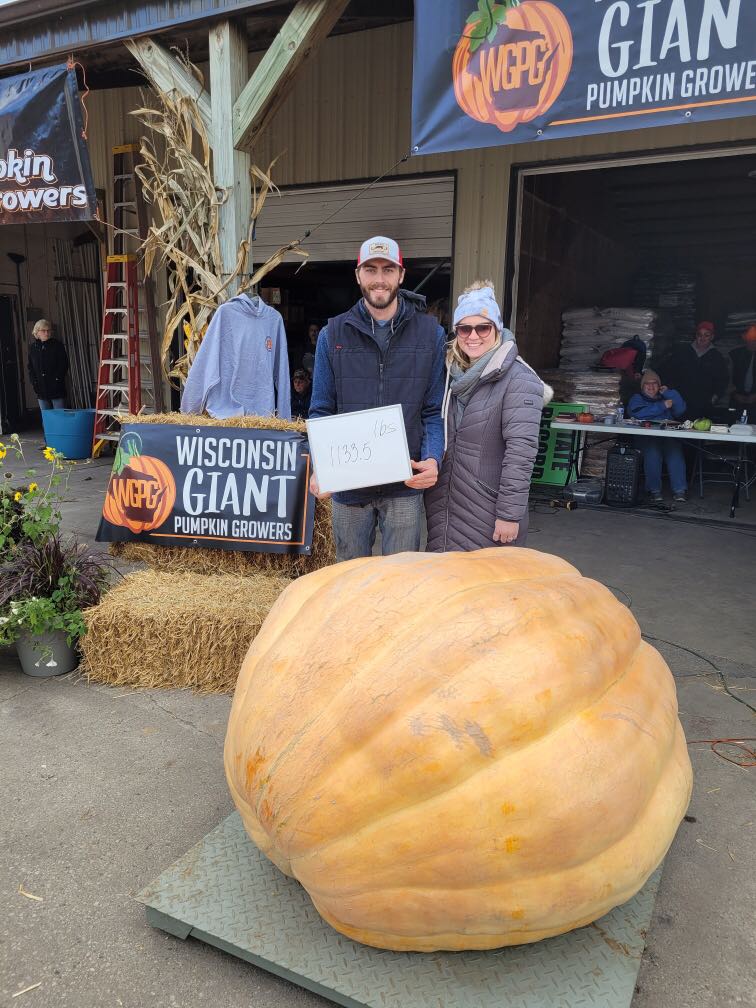