Posted About Two Months Ago by Sara Miller

If you were in Jacksonport on Thanksgiving Day, you might have seen floats making their way down Highway 57. This year marked the 25th Thanksgiving Day parade after last year’s COVID cancellation. This year the lineup had multiple floats and entries. Community members assembled outside of Island Fever, where the parade entries were announced as they went by, to enjoy the entirety of the parade. The town continued its tradition of helping a resident in need and a non-profit, with donations benefiting the Door of Life Food Pantry in Sister Bay. Proceeds also went to the family of Kim Burns, a Baileys Harbor emergency responder who suffered a stroke in March of this year. Throughout the parade, community volunteers walked along the way with buckets for donations. With the nature of the route being a loop, people stayed and toughed out the cold, snowy weather to see the parade twice. 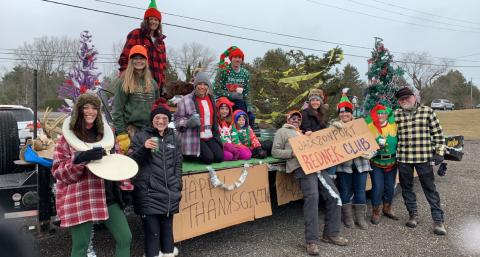 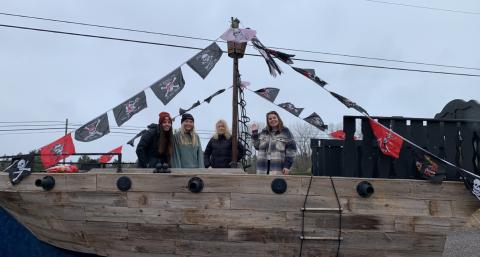 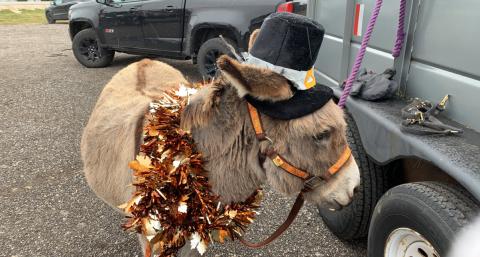 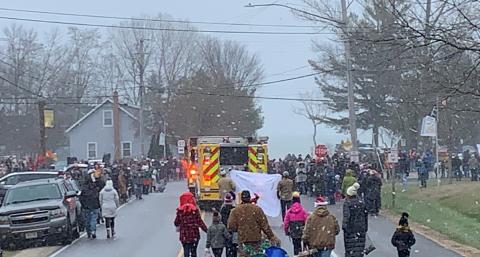