Posted about one year ago by Paul Schmitt

Both teams came out hot in the first half and the Spartans went into halftime leading 43-33.  The Spartans used a full court press to force numerous Panther turnovers while going ahead by as many as 23 points in the second half.  The Panthers made a run at the end of the game but could not get any closer than nine points.   It was Senior Night at L-C and all eight Spartan seniors played and participated in the post-game interview on WBDK. 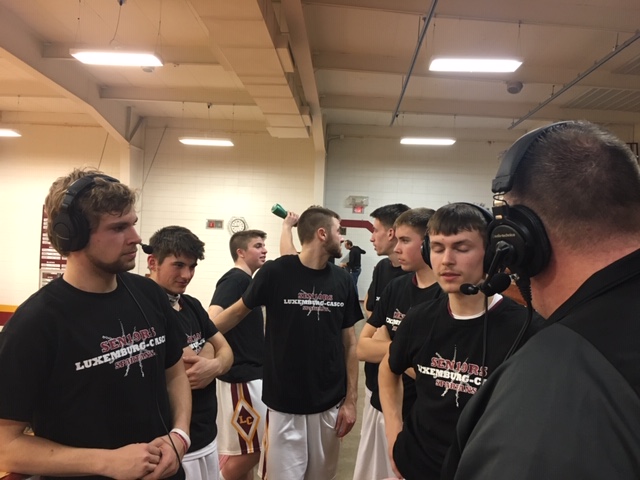 Luxemburg-Casco (8-10, 10-12 overall) will now host Green Bay West Tuesday in the WIAA Division 2 Regional tournament.  The game will be broadcast on WBDK 96.7 FM and streamed on DoorCountyDailyNews.com starting at 6:45 pm with the pregame show and tip-off set for 7 pm.

Sign up for our Daily Electronic Newspaper and/or our Shopping Show newsletter!

Get the latest updates for our Shopping Show delivered to your inbox every Friday.