Posted About Three Years Ago by Paul Schmitt

The #1 seeded Luxemburg-Casco Spartan girls basketball team defeated the #9 Seymour Thunder 78-42 Friday night in a WIAA Division 2 regional semi-final.  The Spartans trailed early 6-2 but took control of the game late in the first half, capped off by a three pointer right before the buzzer by Jordan Bukouricz to take a 40-20 halftime lead.  The Spartans poured it on in the second half to take an over-40 point lead and trigger a continuous clock with about four minutes left.  Bukouricz led the Spartans with 16 points for the game.

The Spartans will now play for the regional championship Saturday against #5 seeded Green Bay Southwest who knocked off West De Pere 49-42.  The Lady Trojans has beaten L-C the past two years in the regional tournament.  Matt Piesler and Paul Schmitt will have the call starting at 6:45 p.m. with the pregame show and tip-off set for 7 p.m on 96.7FM WBDK.  The game audio can also be streamed on DoorCountyDailyNews.com. 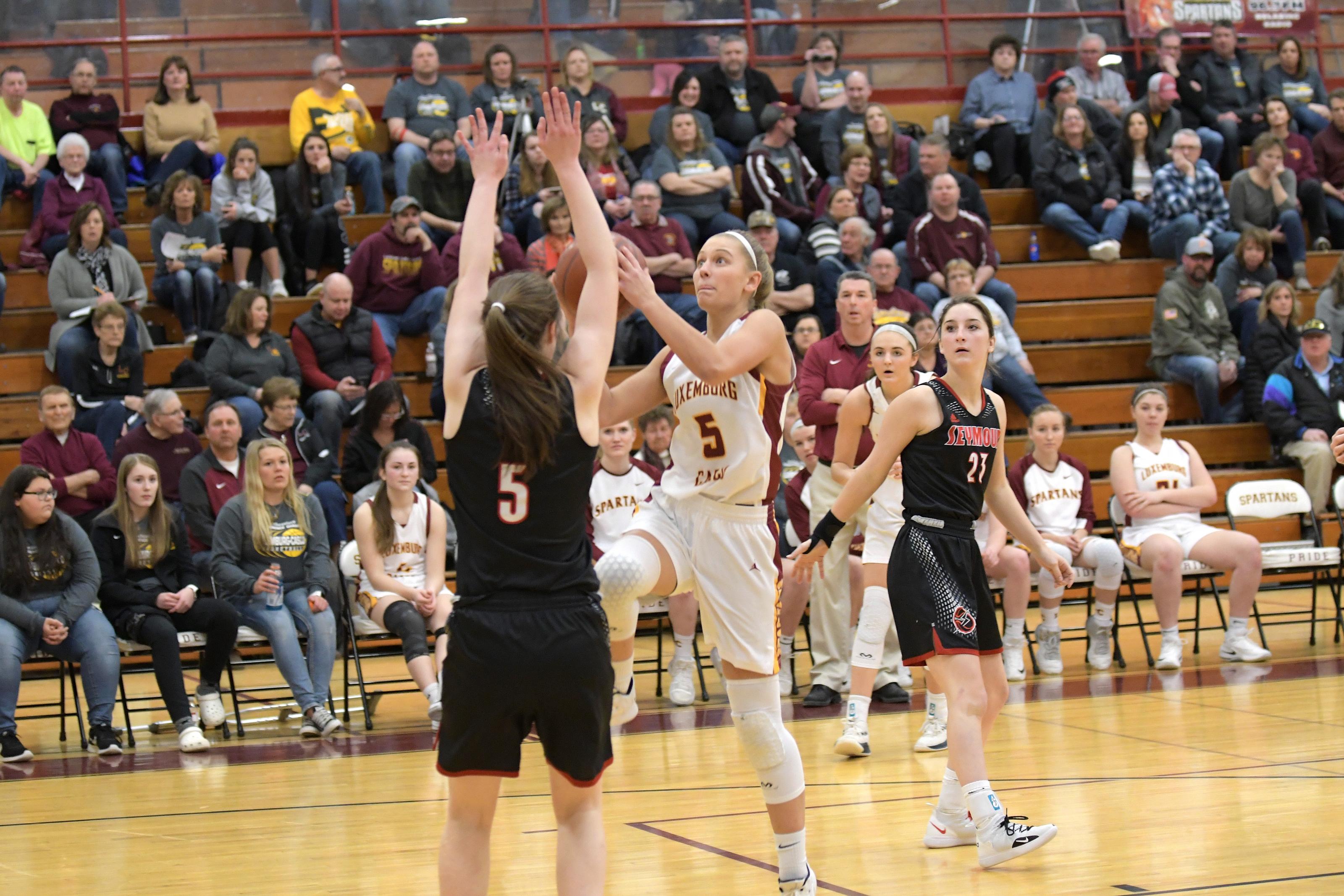