Posted About Seven Months Ago by Tanner Bickford

Southern Door High School senior Hailey Shimon put pen to paper on Wednesday as she signed to continue her Track and Field career at St. Thomas University in the twin cities. Shimon has had a decorated career for the Eagles after giving the sport a try as a freshman. Shimon has placed as high as second in the Packerland conference for discus. Shimon has mentioned that the Tommies have thought about trying her out at the hammer-throw and/or weight throw as well. Shimon relishes the opportunity to be a Division I athlete at UST, as they are in the transition from Division III’s MIAC Conference, but it was the institution that stood out to her.

Shimon still has a Track and Field season to prepare her for the college ranks. She does have goals of defeating her own personal highs in throwing the shot and discus. Shimon also has goals of leaving a lasting impression on Southern Door’s record books.

The Senior also is a member of the Southern Door’s basketball and volleyball programs, as well as a member of the National Honor Society, with a 3.87 GPA. Shimon has aspirations of becoming a dentist and will major in Biological Sciences with a Pre-Dental track. Shimon also considered post-secondary education at Marquette University and St. Norbert College but decided crossing borders and enrolling at the prestigious St. Paul university would be the best fit. 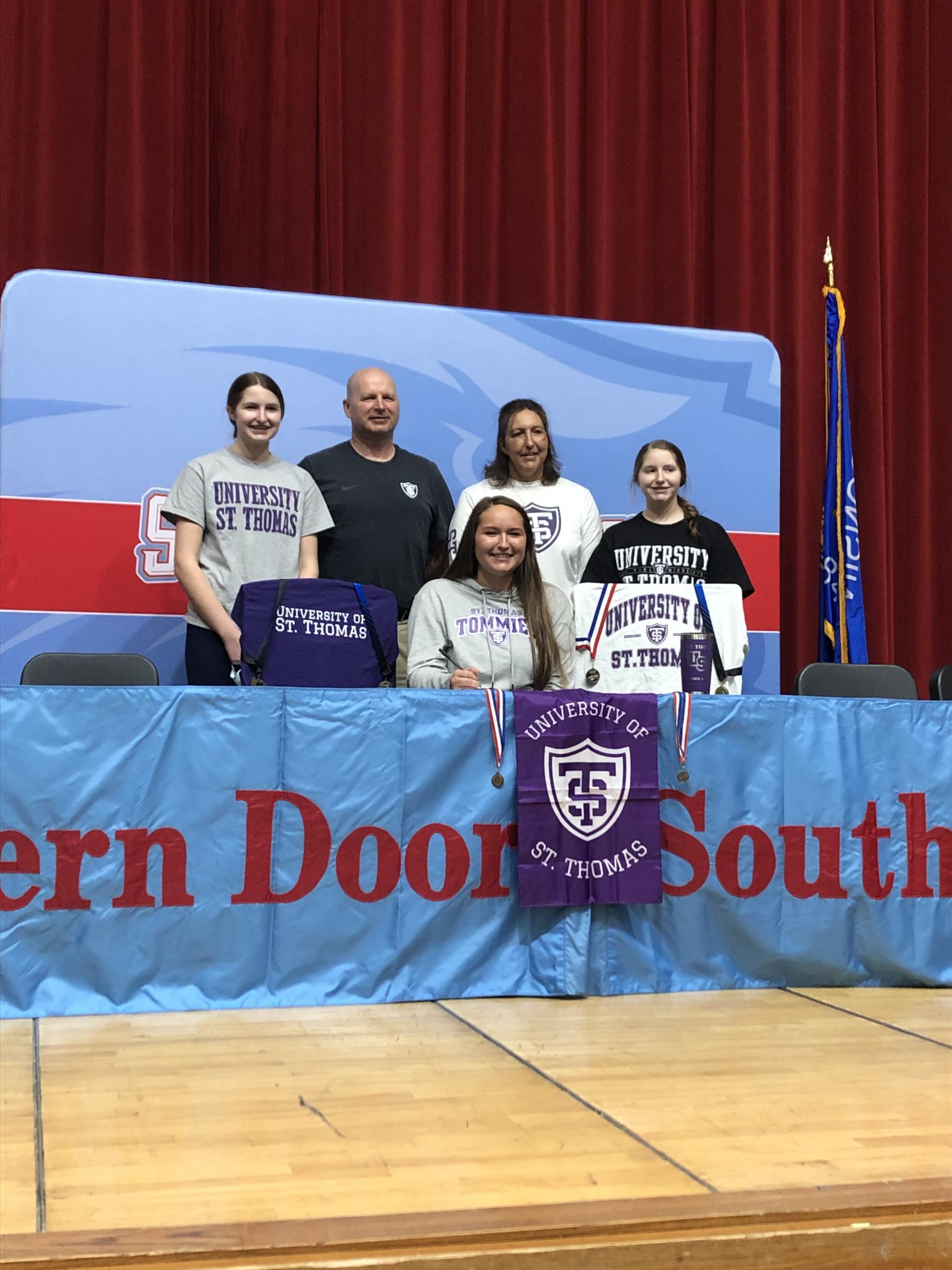 Shimon and her family take in the experience of signing to UST.